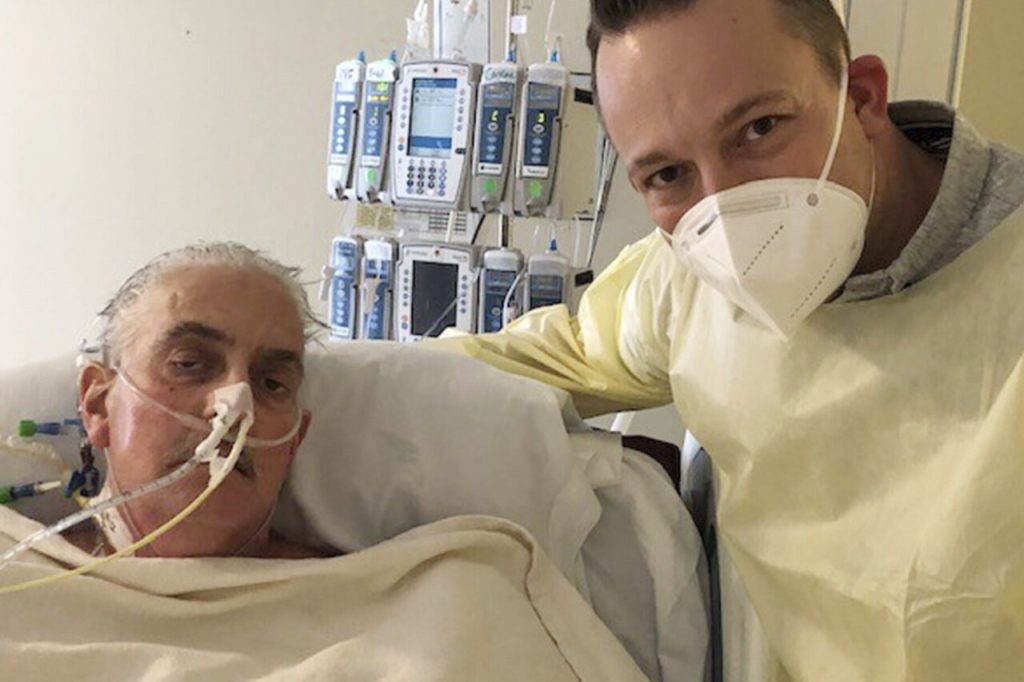 A pig virus may have contributed to the death of the first person to receive a heart transplant from the animal.

David Bennett died in March, aged 57, two months after a transplant operation. Bennett, who had severe heart failure, was deemed too sick to receive a human heart and received the pig organ on a compassionate basis. Ten genetic changes were made to the donor pig to prevent its organ being rejected, with four pig genes deleted and six human genes added.

Bennett initially seemed to be doing well, however, the doctors behind the transplant have now revealed that they attempted to treat a pig cytomegalovirus infection in the weeks before his death.

Transplant surgeon Bartley Griffith at the University of Maryland announced the presence of the cytomegalovirus in a talk to the American Society of Transplantation on 20 April. “We are beginning to learn why he passed on,” he told MIT Technology Review.

MIT Technology Review reports Griffith as saying that the viral infection may have been why the pig heart failed, rather than Bennett’s immune system rejecting the organ. “There is no evidence that the virus caused an infection in the patient or infected any tissues or organs beyond the heart,” says a spokesperson for the University of Maryland.

Cytomegaloviruses are related to the herpes viruses that cause cold sores and shingles. Once animals are infected, the viral DNA remains inside some cells. Their immune system normally keeps the virus in check, but if an animal is weakened, the virus can reactivate and cause further infections.

Bennett would have had no immunity to porcine cytomegalovirus, giving the virus a chance to reactivate and infect the transplanted heart. The virus doesn’t infect human cells, says Joachim Denner at the Free University of Berlin in Germany. Bennett was also on immunosuppressing drugs, which may have prevented his immune system from responding fully.

The virus was first detected in blood taken 20 days after Bennett’s transplant. The team tried various treatments, including a drug used to treat human cytomegalovirus infections, called cidofovir, and Bennett seemed to be recovering before a rapid deterioration in his condition. When Bennett’s immune system began responding to the virus, it may have triggered an inflammatory response known as a cytokine storm, damaging the heart, says Griffith.

In 2020, Denner and his colleagues found that baboons don’t live as long if they develop porcine cytomegalovirus infections after pig heart transplants. But nobody can say for sure to what extent the virus contributed to Bennett’s death, says Denner. “He was very, very ill.”

Pigs bred to provide organs are raised in special clean facilities so they are free from pathogens. The failure to detect the virus pre-transplant may have been due to tests not being sensitive enough, says Denner. He has developed sensitive tests for detecting porcine cytomegalovirus, which his lab used in 2016 to detect the virus in pigs raised for biomedical research. These tests came back positive even on samples that were negative when tested by labs in the US.

“The testing referenced by the researcher in your article is experimental [and] was not available to our surgeon-scientists at the time of this transplant,” says the Maryland spokesperson, when asked if these tests were used by Griffith’s team.

Detecting latent infections – where the viral DNA is sitting in a few cells and no viruses are being produced – is harder than identifying active infections, but it can be done in two ways. The first is to look for the viral DNA in blood or tissue samples. The second is to look for antibodies to the virus. Denner’s lab uses both methods. It is unclear which tests were carried out before Bennett’s transplant.

“The healthy donor pig used for the xenotransplant was screened for pathogens multiple times. It was tested just before shipment to Maryland, and just before the transplant a few days later. The testing followed protocols that were accepted by the US Food and Drug Administration (FDA). As plans move forward for future clinical trials, more sophisticated testing techniques are being developed and validated to ensure this virus does not go undetected,” says the Maryland spokesperson.

If the virus contributed to Bennett’s death, rather than it having happened because his immune system rejected the organ, the results of Denner’s baboon study suggest that other transplant recipients may live longer if given virus-free hearts. Pigs can be guaranteed to be free of porcine cytomegalovirus by weaning the animals 24 hours after birth, says Denner.