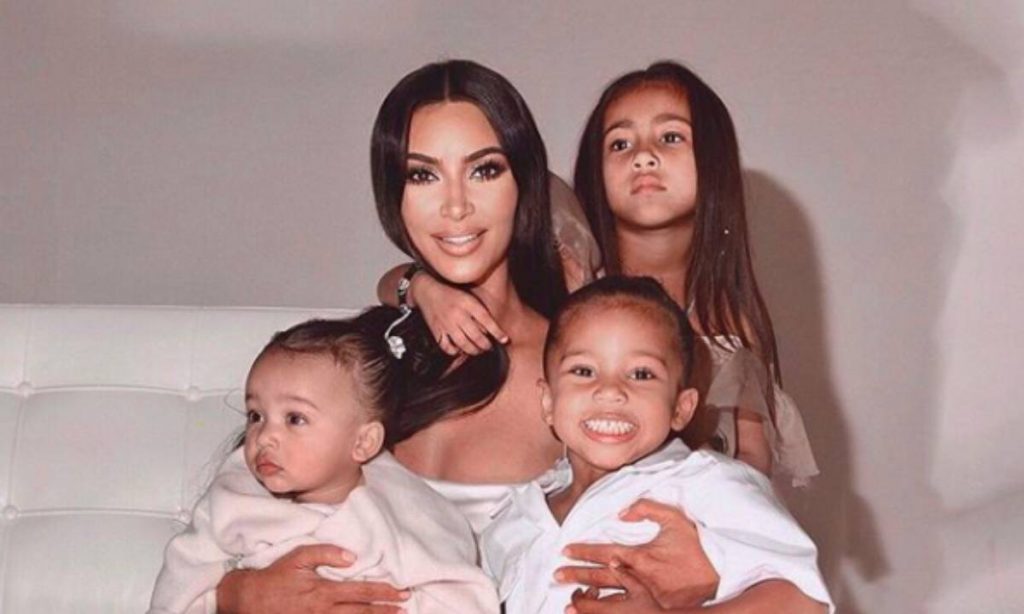 Kim Kardashian has revealed she’s hired a pianist to “wake up her kids every morning with Christmas music” for the entire month of December.

The 41-year-old billionaire businesswoman and reality star shared how she’s getting her family into the holiday spirit with a new video.

While taking to her Instagram Story on Sunday, Kim posted a clip of the pianist, Philip Cornish, playing next to her large decorated Christmas tree.

She explained the pianists’ presence, writing: “Every morning during the month of December @philthekeys comes to play Christmas music on the piano to wake up the kids.”

Kim then shared another video, which captured the musician performing in the corner of the room.

The Keeping Up With the Kardashians alum shares four kids with ex-husband Kanye West, 44, who she filed for divorce from in February.

While Kim has moved on and is currently dating Saturday Night Live! star Pete Davidson, Kanye has made it clear that he wants her back.

Just days ago, Kanye begged Kim to get back together at his concert with Drake.

The rapper repeatedly rapped: “I need you to run right back to me” before adding: “More specifically, Kimberly.”

While the plea made the crowd wild as they screamed with excitement, Kim doesn’t seem happy with the shout-out .

After the concert, Kim filed to become legally single from Kanye after he “embarrassed her” with his pleas.

An insider revealed to Hollywood Life: “This is absolutely true regarding Kim filing documents to become legally single and change her last name back to just Kardashian.”

They reported it was “as soon as he put her on the spot and embarrassed her in front of their kids and her family by saying, ‘Run back to me Kimberly.’”

Kim attended the show with their kids Saint and North, along with Kendall Jenner.

The insider added Kim “needed to take action right away” and called her lawyer.

They said: “She didn’t see any other choice. Kanye is not only upsetting Kim and her family, but he is confusing their children with the things he is saying her.”

The outlet’s source said that with Kim’s children may be getting confused by Kanye’s public claims because they’re getting older and “understand what he’s saying and what is going on.”

By becoming legally single, Kim‘s marital status can change while she and Kanye continue to work on the other details of their divorce.

The pair have already starting working on arrangements, as Kim bought the house the couple previously shared back in October.