Rising Above The Ordinary: 8 Lesser-Known Facts About Cristiano Ronaldo’s Upbringing 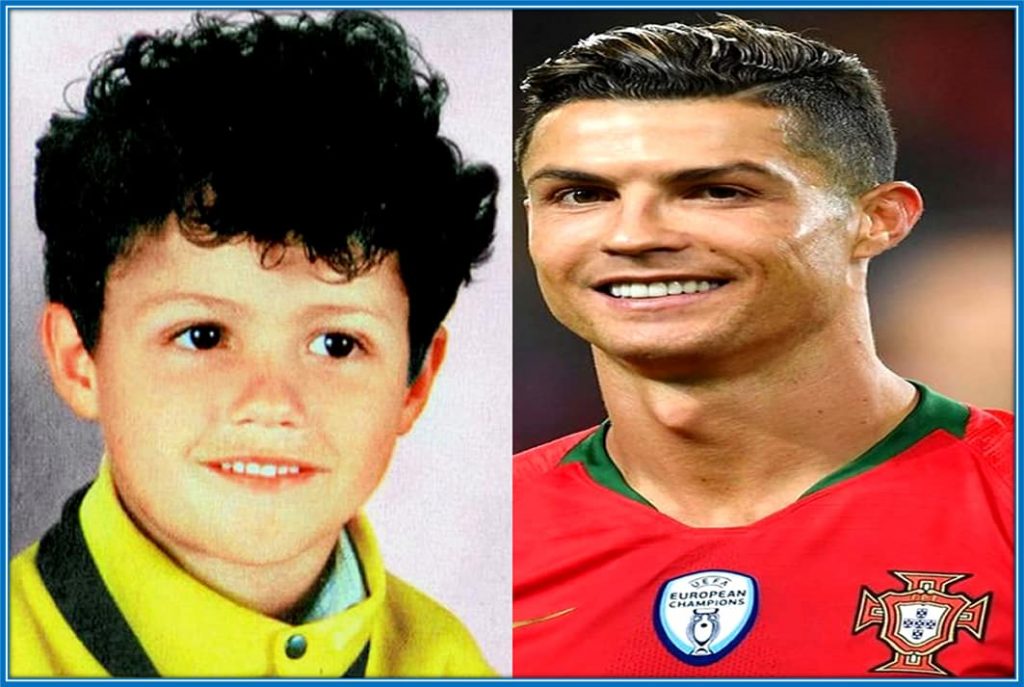 Cristiano Ronaldo defied all odds to become one of the best and highest-paid soccer players in the world.

Cristiano Ronaldo is one of the most well-known athletes in the world today. His dedication to the game and record-breaking statistics have made him an inspiration for fans. Although today the legendary player boasts a lavish $500 million lifestyle that includes expensive cars, real estate properties, and rare watches, not many people are aware of his childhood and the difficult hurdles he faced to reach the top position in the world.

Born in São Pedro on the island of Madeira to José Dinis and Dolores Aveiro, Cristiano Ronaldo lived in an impoverished region. With an ambition to help his family stand on their feet, young Ronaldo motivated himself to work harder than others and develop the skills he needed to become the best in the world. Let’s look at the lesser-known facts about Cristiano Ronaldo’s upbringing.

8. His Mother Considered Having An Abortion When Pregnant With Ronaldo

Dolores Aveiro, Cristiano Ronaldo’s mother, was a cook. As stated in her autobiography Mother Courage, due to the financial constraints in the family of raising three children, she wanted to abort Ronaldo while pregnant with him. However, the doctor refused to agree with her decision. Dolores even resorted to alternatives such as drinking warm ale and running till she dropped.

7. Ronaldo Was Named After President Reagan

Ronaldo’s full name is Cristiano Ronaldo dos Santos Aveiro. Coming from a family of Roman Catholics, he was to be baptized in the church; however, his father and godfather, Fernão Barros Sousa, arrived so late that the priest didn’t want to baptize him. After convincing the pair, he finally received his name. He was named after former President of America Ronald Reagan, who was the favorite actor of Ronaldo’s father.

6. Ronaldo’s Father Was A Retired Soldier

Ronaldo had a rocky relationship with his father. Dinis was a soldier enlisted to fight in Africa, and the experiences he suffered in Angola and Mozambique deeply affected him. As an aftermath of his time there, the athlete struggled with alcoholism and was drunk during a significant time of Ronaldo’s childhood. The footballer chose to lead a teetotal lifestyle after seeing how alcohol affected his father’s life.

While Ronaldo has said on several occasions that although he has motivated himself to play, his parents have always been one of the biggest factors why he is called one of the great football players of all time. His father, who worked as an equipment manager for the football club Andorinha introduced him to football. At the same time, his mother supported Ronaldo’s decision to drop out of school and put his sole focus on becoming a football player.

4. Ronaldo Would Beg For Hamburgers

During an interview with Piers Morgan in 2019, the athlete shared a few details about the financial struggles he faced growing up. When Ronaldo was playing football away from his family in Lisbon, he described that time as being very difficult for him. There was a McDonald’s next to the Sporting Lisbon club where Ronaldo and his friends would go to the back door to beg for leftover hamburgers, and one older woman and two girls would serve them.

3. He Shared A Single Room With Three Siblings

The youngest child in the family, Ronaldo, has three older siblings: a brother Hugo and two sisters Elma and Katia. Although today the player owns multi-million dollar mansions, he lived in a small house growing up where his parents would barely make ends meet. Ronaldo shared a single room with his three siblings while growing up.

2. He Was Diagnosed With A Racing Heart Condition

Before he shot to fame as a young soccer player, early retirement was possible in his career when he was diagnosed with a heart condition called Tachycardia. The disease meant that his heart would beat irregularly and continue racing even when it was resting. He went through a heart surgery to save his career, which included using lasers to remove the source of the problem in his heart. A few days after surgery, Ronaldo returned to the field.

1. His Football Career Began At The Age Of 12

After playing with Andorinha, where his father worked as a kit man, he switched to Nacional and was later signed on with Sporting CP after a three-day trial. The soccer club signed him when he was just 12 years old. The days were difficult for Cristiano as he was away from his family and found it challenging to adapt to Lisbon. At one point, the footballer almost gave up by returning home, however, his godfather Fernão Barros Sousa convinced him to play, and the rest is history.

After playing for a few years, Cristiano caught the attention of European soccer clubs and was an instant sensation around the world. Regarded as one of the best forwards to have ever graced the soccer field, Ronaldo has never looked back and continues to work hard with passion to keep breaking records.