BREAKING NEWS
Home Celebrities Who gets to choose the next Tibetan Dalai Lama?

Who gets to choose the next Tibetan Dalai Lama? 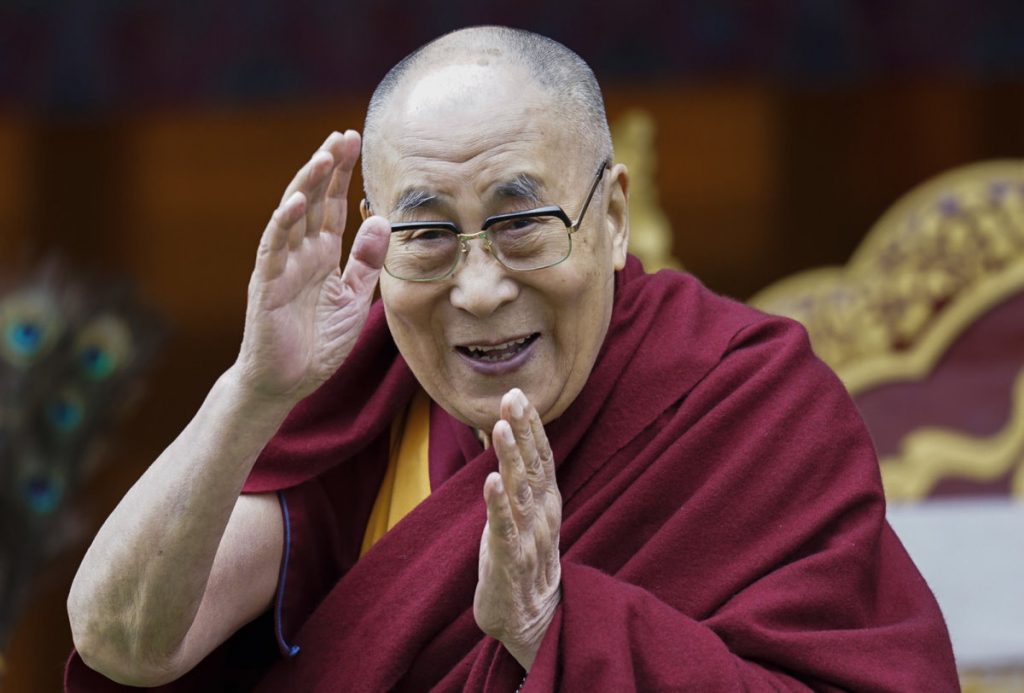 Tibetan spiritual leader the Dalai Lama used to attend fundraising events in Beverly Hills decades ago with all the Hollywood glitz and glamour. The revered robed monk was the toast of the town and had important allies in Hollywood to help spread his message of the Tibetan cause.

But soon China hijacked the Tibetan issue with its own narrative, aided by its economic might. The successor to the octogenarian Dalia Lama may well be someone born and brought up in China.

China has already claimed the right to name the successor to the Dalai Lama, who turns 87 on July 6, and even enshrined this right into Chinese law.

To counter the Chinese claim, the Dalai Lama — the 14th in his line — has said that he will be reborn outside areas controlled by Beijing.

It can be in India, he said a couple of years ago during a Tibetan leaders’ meeting in Dharamshala in northern India where his Tibetan government-in-exile is based.

However, with the international community and Hollywood showbiz industry celebrities deserting the current Dalai Lama and the Tibetan cause, it does not matter to China in which part of the world the next Dalai Lama takes rebirth.

The Chinese assimilation, both economically and culturally, of Tibetans is on the right track and historically rooted identities and cultural idioms on the Tibetan Plateau are changing

Tibet does not look the same as when the Dalai Lama left it in 1959. China has embarked on an investment spree to assimilate the pastoral ethnic minority population into its fold with its big-ticket infrastructure projects.

Tibetans used to depend almost solely on livestock for a livelihood when the current Dalai Lama was based in Tibet.

The Chinese assimilation, both economically and culturally, of Tibetans is on the right track and historically rooted identities and cultural idioms on the Tibetan Plateau are changing.

Under the ongoing 14th Five-Year Plan (2021-25), China has set aside nearly US$30 billion to ramp up infrastructure on the ecologically sensitive Tibetan Plateau.

According to the state-run Xinhua news agency, new expressways, upgrading existing highways and improving road conditions in rural parts are the core areas of interest under the current budgetary allocation.

The plan is to make the total length of highways on the world’s largest and highest plateau exceed 120,000 kilometers, and that of expressways 1,300km, by 2025. To further lift the living standard of Tibetans, a bullet train network, close to border points in India with whom it has border disputes, is being built.

By 2010, the West had dumped the Tibetan cause after China began to make great strides in global trade. Hollywood celebs like Richard Gere and Martin Scorsese, who were vying for the attention of the monk in saffron robes, deserted as China became an important market for Hollywood blockbusters crafted specifically to appeal to Chinese audiences and pass muster with the communist Chinese government.

In 2020, China surpassed North America as the world’s largest film market, and mega Hollywood production houses started to increasingly rely on Chinese viewers to break even. But to show a film in China, it must first secure the nod from the Chinese government. So, topics involving Tibet, the Dalai Lama and Taiwan no more entice the Hollywood film industry.

On their part, the celebs are playing safe as they do not want to associate with anything that makes China look bad. Obviously, they don’t want to have anything to do with the Dalai Lama.

When it comes to the issue of reincarnation, it is decided only by the Dalai Lama himself under Tibetan Buddhism. But China will not agree. The reincarnation dispute is becoming a diplomatic issue

Citing priority to Vatican-China ties, the Holy See gave up on the Dalai Lama. Pope Francis declined to meet him when he visited Rome in 2014. The Vatican has further cemented its ties with China with the 2018 secret pact on the appointment of bishops.

Left high and dry, the octogenarian monk may have his own reasons to worry about his next incarnation under the Tibetan Buddhist school of thought.

When it comes to the issue of reincarnation, it is decided only by the Dalai Lama himself under Tibetan Buddhism. But China will not agree. The reincarnation dispute is becoming a diplomatic issue.

As relations with China deteriorated over border disputes, India has made it clear that only the Dalai Lama can choose his successor. This is a significant departure from its previous policy. India is not alone. In a direct shot at China, the US has declared that only Tibetans have the right to select the next Dalai Lama.

After the Dalai Lama breathes his last, a search begins based on signs such as the direction he looked when he died, the flow of the smoke when he is cremated, and visions seen on Lhamo La-tso, the oracle lake in Tibet. While most Dalai Lamas trace their roots to Tibet, one was born in Mongolia and another in India.

When the 14th Dalai Lama dies, the world is likely to witness a situation where there will be two Dalai Lamas vying for legitimacy — one selected on the instructions left behind by the deceased Dalai Lama and one chosen by the Chinese Communist Party.

The Dalai Lama is reported to be in good health and has said that he will make a decision on his reincarnation after he turns 90, insisting that discussions of his death are premature. But a power struggle is on and China is far ahead in the race.